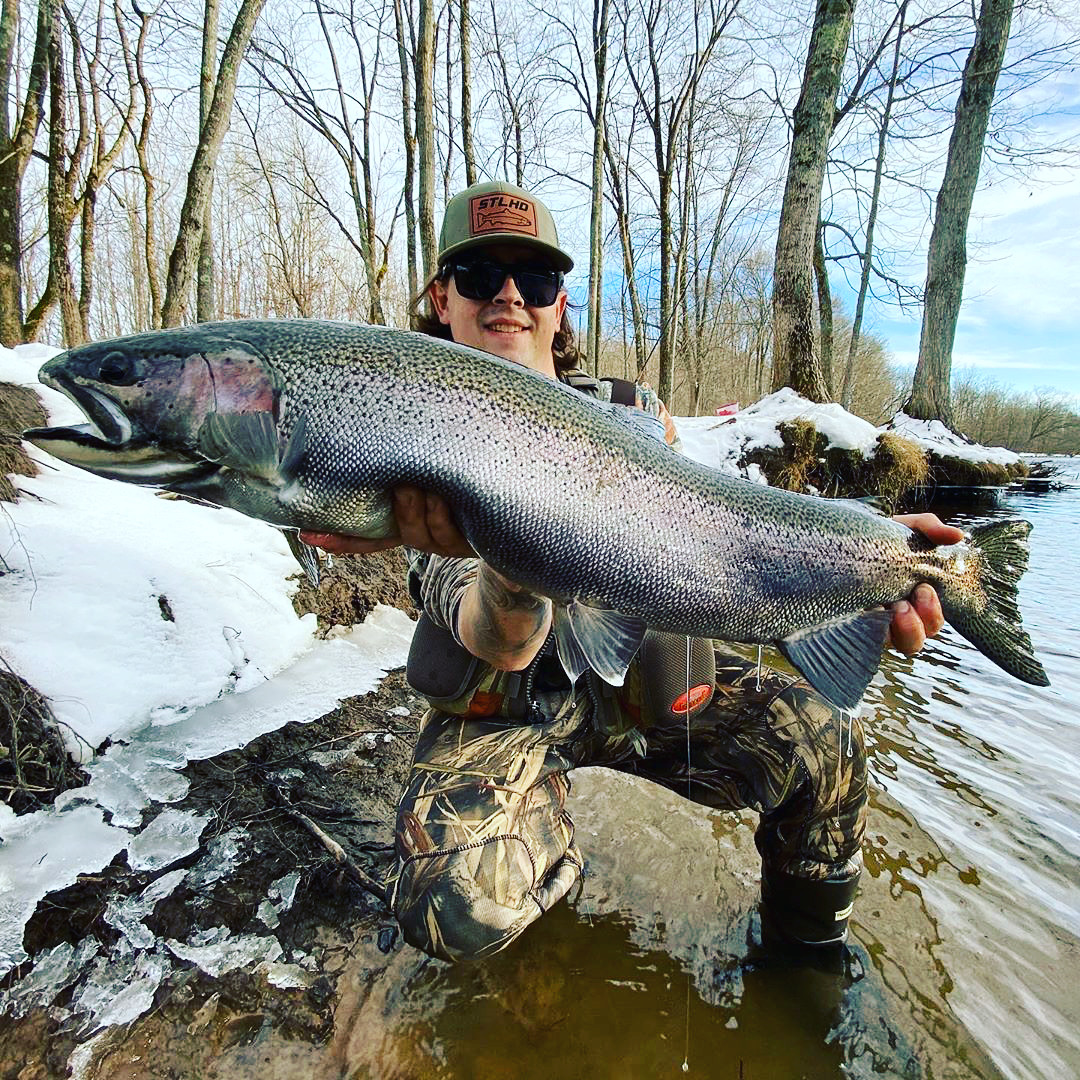 Image used by permission from @chasingchrome_17 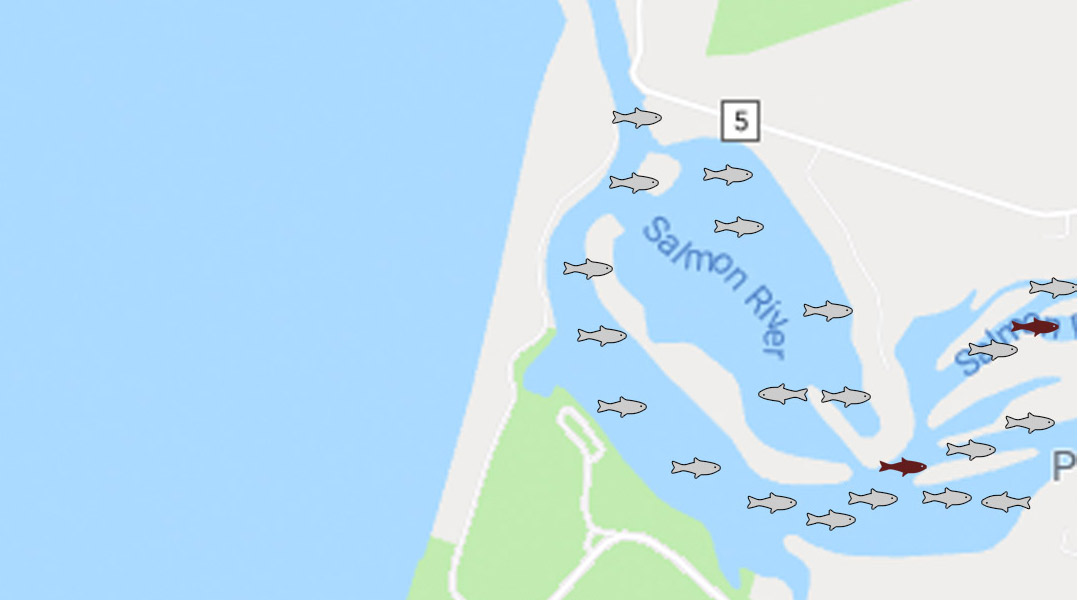 This week the fishing has been better on the river. The higher water and the potential of storms kept anglers at home this past weekend. This may have put less angler pressure on the river. The less pressure may have let fish become settled which may have made the river more productive.

This weekend the water will be going down to 750, which we believe is the ideal water level for steelhead. 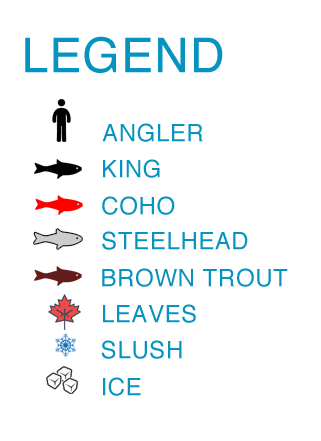 . The weather is becoming typical January steelhead weather, and some are predicting a major snowstorm. Based on the local news outlet, not be as severe as predicted but it will be a wintry mix. However, the weather changes very quickly here at the lake so we recommend that you keep an eye on the weather forecasts. One thing that will be an issue for anglers is the wind. We recommend that you avoid open water as casting will be an issue. Look for areas where there is a cover on both sides. 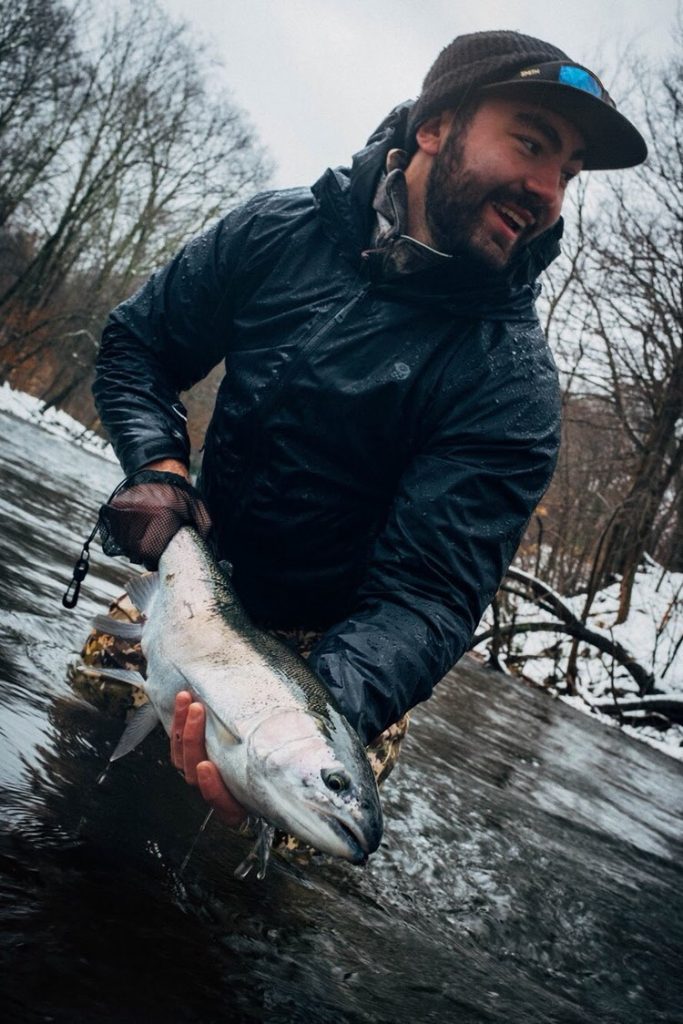 Image used by permission from @bearr_

Three technique tips for winter steelhead fishing on the Salmon River from Chad Tokowicz @bearr_ Inland Fisheries Policy Manager at the American Sportfishing Association . Chad represents freshwater sportfishing anglers all over the US. Although he works near our nation’s capital, he often likes to fish up here on the Salmon River NY and its tributaries. Here are his three tips for fishing Steelhead in the winter.

1. Do Not Be Afraid Of High Water..
Some anglers are intimidated by high water, but fishing can still be productive or even better than in low water conditions. Steelhead may need some time to adjust to the higher water, but it pays to understand how they react and shift holding positions depending on flow. Embracing higher water is an important part of Steelhead fishing on the Salmon River.

2. Don’t Hesitate To Fish Small.
Often when nothing seems to be working downsizing patterns, especially in cold winter months, can be very effective. 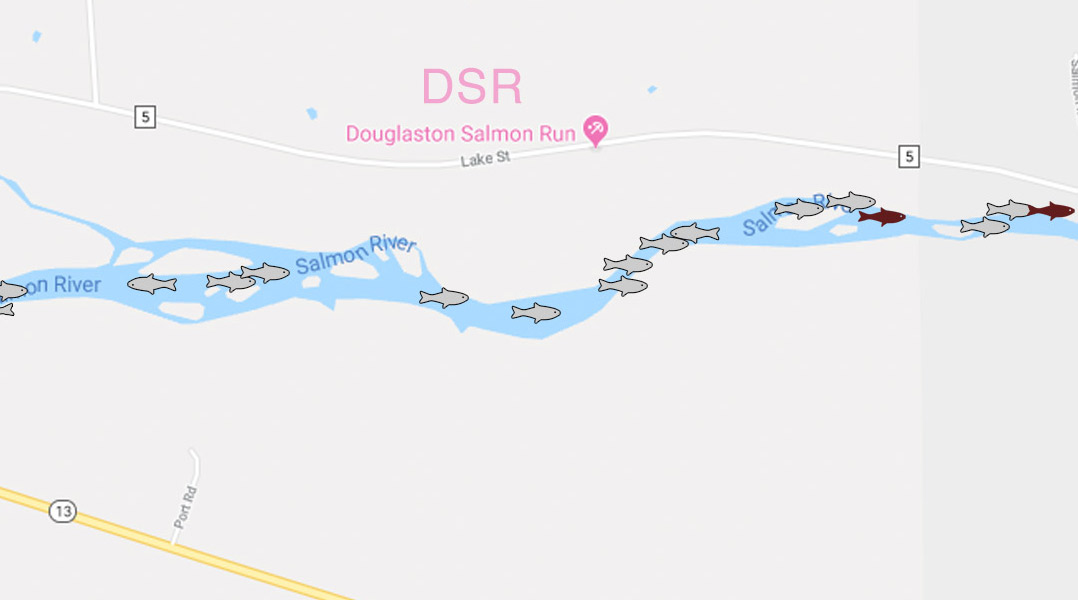 We did not receive many reports from anglers due to the weather. The reports that were submitted were similar to the official DSR reports.

This weekend the weather forecast is less than ideal. The snow and sleet with the cold may cause some slush, but what may cause the most significant issue will be the wind from the lake. The wind will make casting a problem in open water areas. We recommend being in the midsection where there is coverage on both sides. 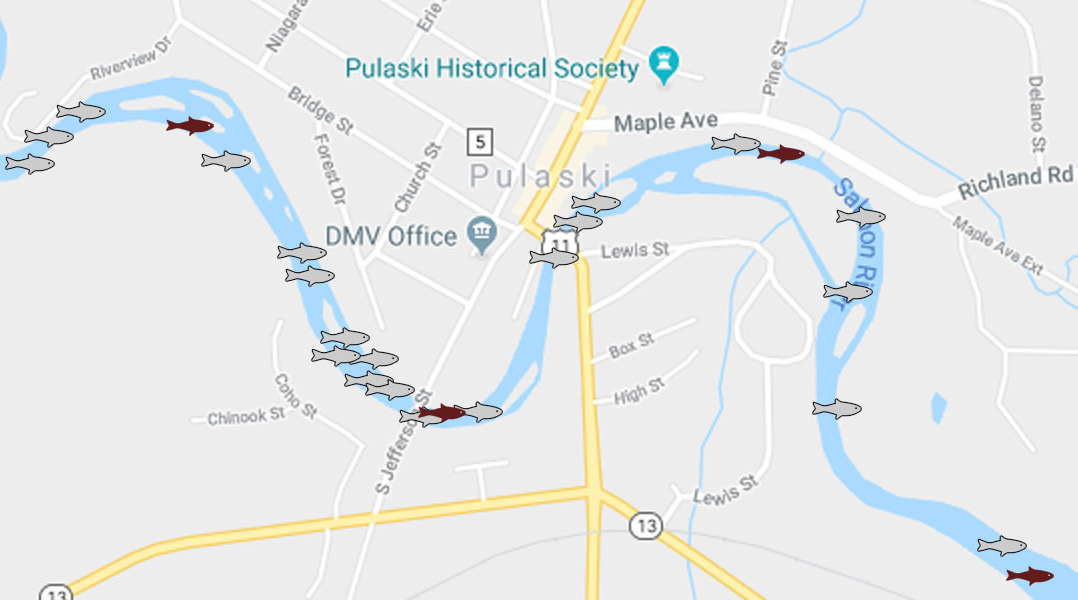 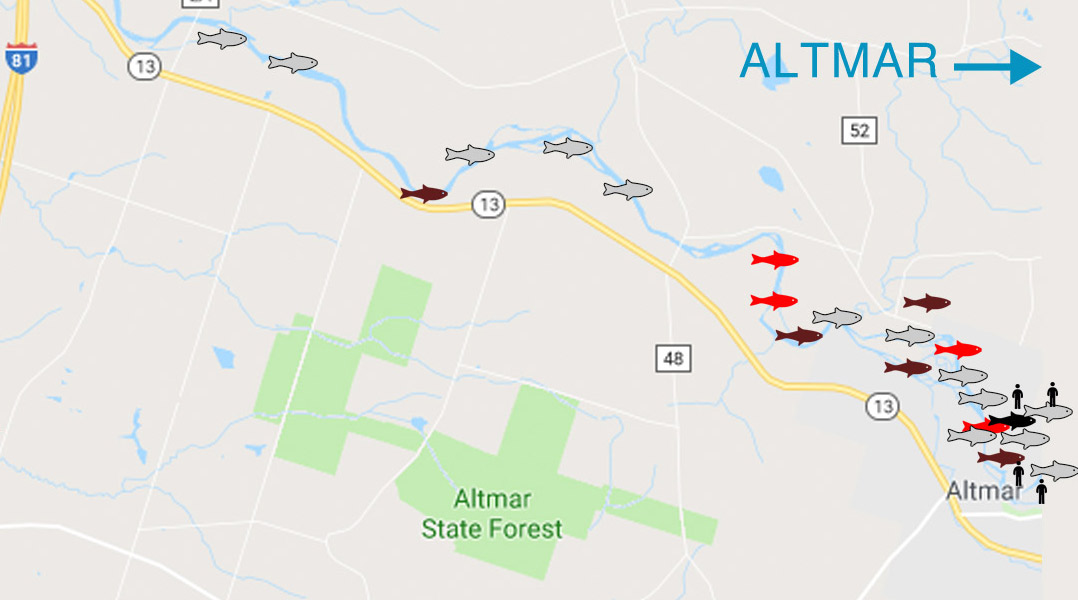 The water will be going down to 750 this weekend. Look for fish in the Lower Fly Zone, Wires, Ellis Cove, and Trestles.